Over a month into the new year and I’m already behind on my reading list. For this post, I read Neuromancer by William Gibson and The Martian Chronicles by Ray Bradbury. Let’s get to it.

I grappled with Neuromancer for the first two weeks of January. It wasn’t a bad book — far from it. It was just unlike anything I had read so far. Cyberpunk is a genre that appealed to me, but I had no experience with it outside of The Matrix trilogy. I chose Neuromancer as the best jumping-on point. 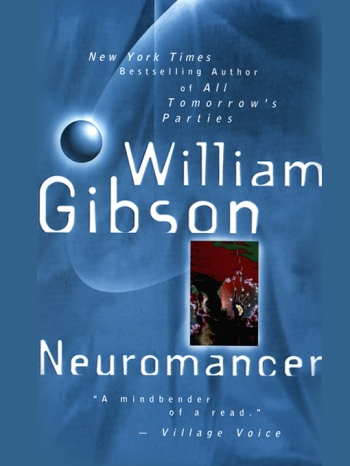 The book tells the story of Case, a talented computer hacker who was burned by his previous employer. Being burned meant that he was poisoned and he was unable to jack his mind directly into the global computer network. He loses himself in the real world until he’s approached by a shadowy figure with promises of a cure. All he has to do in exchange is pull off one of the most complicated heists in history.

The book is dense and doesn’t hold the reader’s hand. There were plenty of moments where I had to go back and reread passages multiple times before I could figure out what was going on. I was frustrated while I was reading it, but I couldn’t stop. There was something so fascinating about this world GIbson created. Case wasn’t a very interesting character, but the world around him was. Street Samurai and mad A.I.s abound and there is a real mystery about who the characters are and who is pulling the strings.

The best part of the book is that it sets a dark and gritty tone immediately and expands on it throughout the novel. The book feels raw. It transported me to crowded streets and coffin hotels and managed to make me feel a little claustrophobic. The world is pressing down on our main character and that weight is expressed through the scenery and clever word choice. It was a book unlike anything I had read since I started this journey through science fiction and I think it was a good way to reset my mind about what scifi can do.

The Martian Chronicles is a series of vignettes that tell a semi-cohesive story about the human exploration and colonization of Mars. I didn’t know that when I picked up the book, but it’s a format that I enjoy quite a bit. 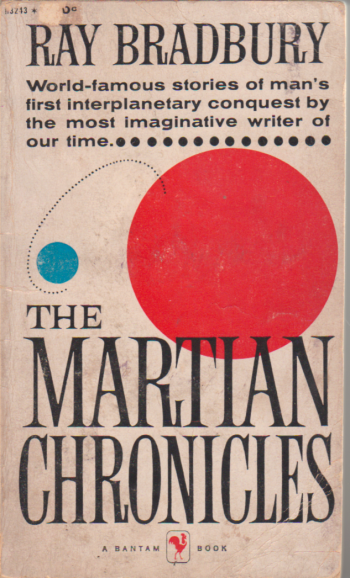 The first few stories were incredible. Bradbury incorporates smart humor and satire so effortlessly into his writing. I found myself grinning more than once at some of the absurdity. My favorite story features Captain Jonathan Williams and his three-man crew as they travel around Mars looking for someone to congratulate them on completing the journey through space. It features some of the best moments that the book has to offer.

Unfortunately, as the book went on I thought that the stories lost some of their luster. They weren’t bad, but the bar was set so high by the first few stories. The first stories set a more lighthearted tone and the stories in the latter half of the book shifted to a more somber mood. It’s a tonal shift that makes sense in the context of the overarching story, but for me personally it felt like a bit of a letdown. Bradbury loses something in the tonal shift and though the stories are well written, they didn’t stick with me the way the first few did.

Anyway, if you want to talk about Gibson or tell me why I’m wrong about The Martian Chronicles, feel free to message me or tweet me @left4turtle.